*Update: This theory turned out to be correct for the most part! Tony turned out to be the Avenger to make the sacrificing play and was one of the major casualties of series.  I was off a little when talking about Tony’s arc reactor and being able to contain the power of the stones, but, I think I can count this as a win!

Spoilers for Infinity War ahead, but if you haven’t seen it yet, chances are you got dusted by Thanos.  During the events of Infinity War, we have the deaths of a lot of characters. Of course, every character was killed off in such a way that the writers could easily bring them back to life. Loki held the space stone that can literally teleport him anywhere in space and can produce life-like replicas of himself, vision’s brain was basically downloaded or copied in a Wakandan database, and Gamora’s soul is trapped within the soul stone. Every other major character was killed off from Thanos snapping his fingers and reducing half the universe’s population to dust, or according to some theories, put them in the soul stone as well. Since we know there are Spider-Man and Doctor Strange movies in the future movie line-up, its safe to assume that the heroes will end up defeating Thanos, which means preventing him from snapping his fingers in some way in the past or reversing the snap heard around the universe.

One of the survivors of the snap is Ironman and it’s implied in the movie that Tony Stark may be the key to Avengers 4. Doctor Strange sacrifices the time stone, himself, and the rest of the heroes on Titan to spare Tony’s life. Doctor Strange even passes an all-knowing glance to Tony before he disappears. Essentially, whatever timeline Doctor Strange saw, Thanos already used the Infinity Gauntlet, and the universe would need Tony as a key player in reversing the effects of the snap. But why the genius, billionaire, playboy philanthropist? 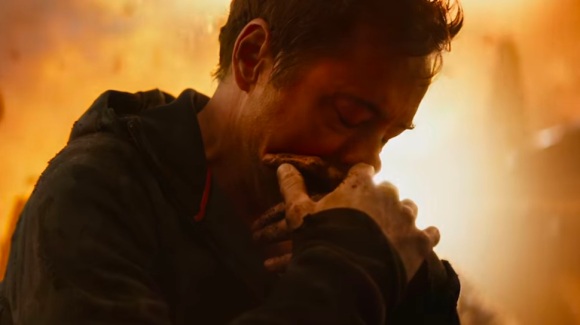 It’s been theorized before that Stark’s arc reactor is essentially a man-made infinity stone. While I believe this isn’t true, it is correct in saying that Stark has developed a way to contain and stabilize a massive energy source in a container, in order to utilize said source. As we have seen, containers are very important in utilizing the infinity stones. The space stone was in a tesseract, the mind stone in a staff, the reality stone, time stone, power stone, they were all a container. We know from Guardians of the Galaxy that a living being cannot hold a stone for long without the use of some container to serve as a conduit for it’s energy.

This is why Stark is so important. He is a living receptacle and would be able to contain a massive energy source with his arc reactor technology. Infinity War even makes a point, in the park scene with Tony and Pepper, to show him retaining his arc reactor even though he doesn’t really need it anymore. That is particularly interesting since the Russo brothers have said that scene was much longer before with a bunch of character cameos but they had to cut it down, and still they kept this piece of exposition in it.

It’s still not clear what stone he will posses or if he will be the vessel for all the stones to undo the snap. The infinity gauntlet is destroyed and can’t be reused for this, and it’s even hinted that Thanos’ arm was mangled with it. There is a reason people haven’t used the gauntlet before, because the use of all the stones together had such a huge cost and would kill a normal living being. My prediction is that Tony will the be the one to undo the snap and he will be the major casuality of Avengers 4. I think that at the very least, we will see Tony shove an infinity stone into his chest outlet (possibly the soul stone?). This sort of makes sense though, since Stark has been trying to undo all his mistakes and continually tries to atone for them. His sacrifice would complete his arc of atonement and show that Stark has been set up to be Thanos’ counterpart all along. Not only is he burdened with knowledge like Thanos, but he will represent what a hero would do with the power of the gauntlet.

Tony Stark’s absence in the MCU could very well be justified at this point as well.  We have recently been introduced to a much more resourceful, intelligent, technology oriented character to serve as both financial and science benefactor to the Avengers. 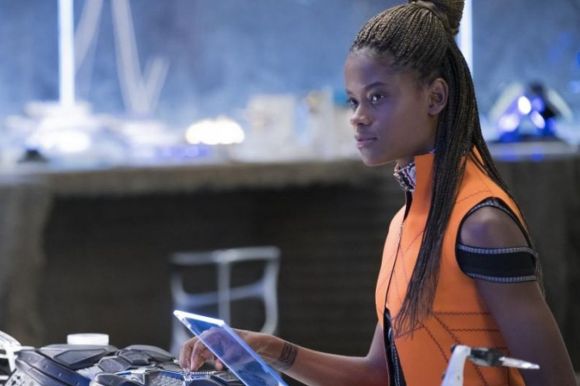 Shuri, will definitely be up to the task to fill the gap of tech genius in the post Thanos Avengers line-up.  She even has energy blasting gauntlets! At this point, this can only be speculation, but I think we have enough anecdotal evidence to suggest that Tony Stark will be key to the fourth Avengers movie. I think it would be quite appropriate to start the MCU with Ironman and end the current version as we know it with Ironman, but really, only time will tell, and until then, keep theorizing!