We all know the story of three young wizards meeting on a train ride and miraculously being placed in the same house before forging a lasting friendship that ends up saving the world from evil. The thing is, Hermione, Ron and Harry all show traits that should have landed them into completely different houses other than Gryffindor. As we learn later, Harry chose to be in Gryffindor to be with his new friends and distance himself from the likes of Draco Malfoy.  Up until this point, we have assumed that for all the other students, the sorting hat essentially read their minds, or was able to determine their compatible qualities with a house. But what if both Ron and Hermione also chose Gryffindor for their own reasons? What if the sorting hat placed the trio together intentionally?

To understand the decisions of the sorting hat, let’s review the qualities that each of the Hogwarts houses value the most.

Gryffindor, represented by a lion on the house crest, values courage, bravery and determination. The founder, Godric Gryffindor was the most accomplished duelist of his time and supportive of muggle-born wizards attending Hogwarts. 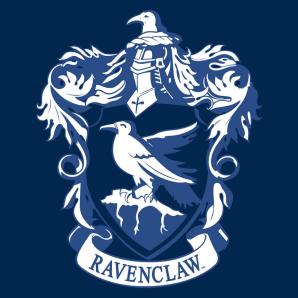 Ravenclaw, represented by a raven on the house crest, values wit, learning, and wisdom. The founder, Rowena Ravenclaw, was known for her creativity, which she used to create the magically, ever-changing floorplan of Hogwarts.

Hufflepuff, represented by a badger on the house crest, values hard work, patience, loyalty and fair play. The founder, Helga Hufflepuff, was a good natured woman known for her compassion and accepted “all the rest” of the students not readily placed in other houses.

Slytherin, represented by a serpent on the house crest, values cunning, resourcefulness, determination, and ambition. The founder, Salazar Slytherin, was a Parselmouth and Legilimens that was disdainful of muggle-born wizards. While many dark wizards started as Slytherin, this house has also helped create many ambitious leaders.

Harry Potter, through a unique connection with Voldemort, is able to speak Parseltongue, which is practically an instant invite into Slytherin. This could easily be dismissed seeing as Harry is  a half-blood wizard. During the time of the founders, only pure-blooded wizards were accepted into Slytherin. So speaking Parseltongue is no more likely to place Harry into Slytherin, as being of mixed blood is to keep him out of it. Slytherin has come a long way since Salazar’s time and now readily accept wizards regardless of their blood purity. After all, Tom Riddle, another confirmed Parselmouth, was a half blood wizard.

Harry had other traits that would have served him well in Slytherin.  He is extremely resourceful. Having grown up with hardly any possessions of his own, he has only ever known how to make do with situation given to him.  Also being bullied by his cousin Dudley Dursley for most, if not all of his childhood, Harry had to be cunning just survive. Along with this, Harry has proven time and time again that he is one of the most determined characters in the series.

With all these characteristics, even the sorting hat commented that Harry could do great things in Slytherin.  But as Dumbledore said, “It is our choices, Harry, that show what we truly are, far more than our abilities.” Harry, in the end chooses not to be in Slytherin and instead finds himself sorted into the same house as his new friends.

Ron was possibly always going to be in Gryffindor by choice as well.  Ron is a Weasley, and all the Weasleys before him were sorted into Gryffindor.  Ron is always trying to live up to his brothers and made up his mind a long time ago that he would be a Gryffindor or bust.  In fact, he was probably completely horrified by the possibility of being placed in any other house.  Imagine the ridicule he would have gotten for breaking the Weasley chain from Fred and George!

However, it is my belief that Ron’s strengths are showcased by a very different house, Hufflepuff. Ron is a bit of a slacker and starts off as the most immature of the trio.  He isn’t particularly bright in an academic sense, but we do see him shine when it comes to strategy.  Ron loves a good, fair game of chess. So much so, that he approaches most problems like a game of chess.   This definitely falls under the category of “fair play,” one of the major values in Hufflepuff. Ron also remains Harry’s most loyal friend throughout the entire series, showcasing another major value of Hufflepuff House.

That being said, Ron isn’t particularly hard working, or patient, but in the same way that he isn’t particularly courageous.  He displays all these characteristics when push comes to shove, but it’s not the first thing fans think of when they think about the youngest Weasley boy.  To be honest, Ron is a bit of an oddball and doesn’t fit perfectly in any house, which is why he is perfect for Hufflepuff, the home of “all the rest.” Chances are, he was placed into Gryffindor because he wanted to be like his brothers and he also wanted to stay with his new friend, the famous Harry Potter.

Hermione also displays many qualities of a different house, Ravenclaw. She is not only one of the smartest (if not the smartest) students of her graduating class, she has a passion for learning, problem solving and displays great creativity. Rowena Ravenclaw herself would have been impressed. So why did Hermione get placed into Gryffindor? Being a part of Ravenclaw, she would have been surrounded by fellow intellectuals and would have also done great things in this house.

Going to Gryffindor may have been her choice as well.  Even though Ravenclaw has housed many muggle-born wizards since it’s start, it was Godric Gryffindor that stood up to Salazar Slytherin and his pureblood agenda.  Perhaps being a proud half blood, Hermione wanted to be a part of Godric’s legacy. More likely, she really wanted to stay with her two new friends, Ron and Harry, and the sorting hat picked up on this.

A far more likely reason that Hermione was chosen for Gryffindor, is that the sorting hat knew of the fate and worth of Harry Potter and armed him with the most capable witch of the entire class.  The Sorting Hat has been privy to almost all of Dumbledore’s secrets, having been in his office when it’s not classifying children. It is capable of determining worthiness, as seen when it produces the sword of Gryffindor for Harry in a time of need. In this way, the dusty enchanted hat is able to understand the tough times that lie ahead, and knows that Harry Potter would need to not only survive Hogwarts, but be allied with friends that would be loyal to him and help him conquer any challenge put in front of him.

Even though Hermione, Harry and Ron may have all had their reasons for wanting to be a part of Gryffindor, the Sorting Hat ensured that Harry Potter, the boy who lived, and was prophesized to take on the Dark Lord, had allies.  Allies like Ron, who would be loyal to a fault, and Hermione, the most competent and intelligent wizard of her class.  The Sorting Hat went against it’s enchanted programming and took the first step into creating a friendship that would trump all evil to come. The old, worn, hat of Godric Gryffindor is the true unsung hero of the Harry Potter franchise.

Perhaps in the future, the Sorting Hat will continue to look into the minds of magically gifted children and sort them into houses that will launch them into greatness. Perhaps there will be a future protagonist that is sorted into a house that doesn’t seem to quite fit their abilities in order to nudge them toward their destiny.  Only time will tell, and until then, Keep theorizing!